Red bulls fighting for 10th and 11th positions. Daniel Ricciardo and Kvyat both faced brakes issues and also got lapped by the race leader! Exhaustion after 56 laps of chasing and fighting, Vettel and Hamilton are seen sitting on the podium and having a chat as Eddie Jordan interviews Nico Rosberg. Not much of a celebration going on in the McLaren garage.. nevertheless, JB and Kevin Magnussen seem optimistic. Drivers standing for the Malaysian anthem. Maurizio Arrivabene, Ferrari team principal, often nicknamed Ironmauri for his emotionless character is seen getting emotional seeing his driver up on the top step of the podium. A good Sunday for Italy after Vettel's first win for Ferrari followed by Valentino Rossi's win in Qatar for Yamaha after a thrilling battle towards the end!

Picture of the day: 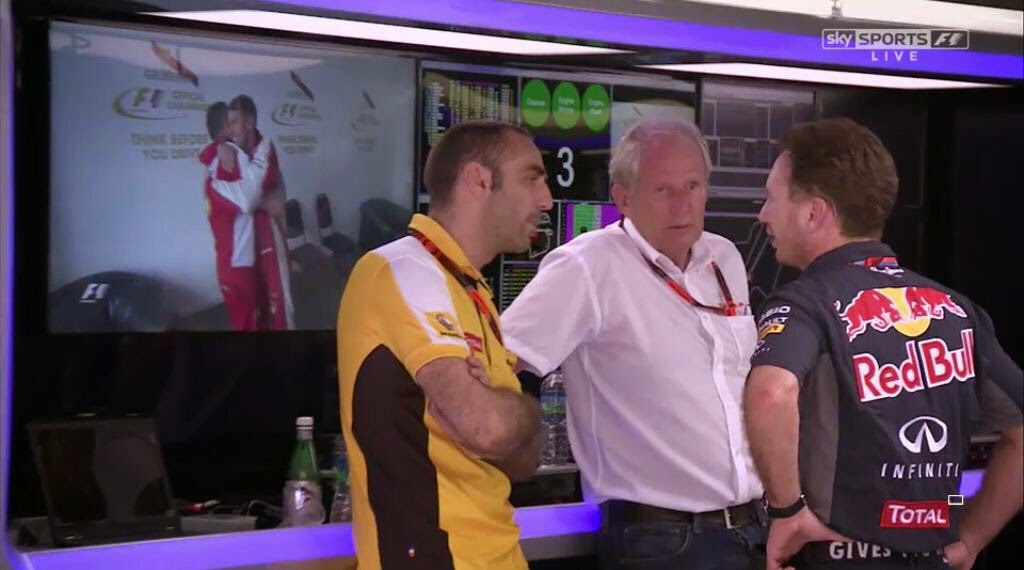 Red Bull's former driver/world champion Sebastian Vettel's win with Ferrari must have induced some hair plucking scenes in the Red Bull garage. Here is Christian Horner as he looks on..

*I do not own the images. Credits to owners.