Kimi Raikkonen on Day 4/ Autosport Gallery You know F1 is ready for a major shake up when fans are genuinely happy about the new regulations and cars. F1 2017 has ticked most of the boxes - better noise, faster cars, wider cars, better video content on social media and of course, an element of nail-biting rivalry between teams. And time after time, despite being called "mundane" and "predictable", the keyboard warriors often find themselves proven wrong with F1's unpredictabilty. For instance, nobody would have predicted Ferrari's 3 wins in 2015 after a win-less campaign in 2014. Not many could have predicted a win-less 2016 for Ferrari after a triumphant 2015 season. Not one would have said Max Verstappen would be a grand prix winner in a Red Bull car in 2016. Pre-season testing poses a similar challenge for fans, leaving them with bits and pieces of information, some true and some possibly untrue, to complete a jigsaw puzzle called F1 2017. But,
Post a Comment
Read more 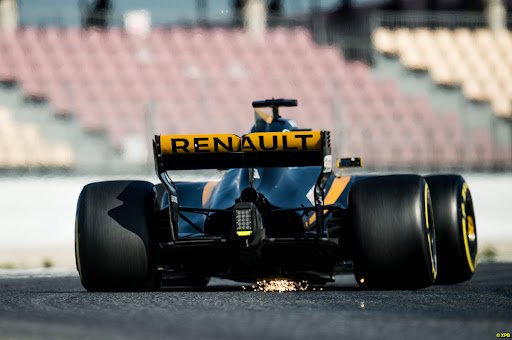 Nico Hulkenberg/Autosport  Today marked the last outing for the 2017 cars and drivers before landing in Melbourne in 2 weeks' time. Naturally, data gathering is important at this stage for teams like McLaren-Honda, who have had the worst start to their season. McLaren drivers put together 4 days of running couldn't make up to Sebastian Vettel's 2 days' worth laps. While things are looking grim for the Woking based team, back in Milton Keynes, the Red Bull Racing squad despite being quick enough, have conceded to losing P2 to Ferrari seeing their recent pace. Are we seeing mental games at this point? Is it too early for such claims? We'll try to answer that in the upcoming days. Here is the summary of the final day of the pre-season tests. Morning Session Ferrari driver Kimi Raikkonen's laptime of 1:18:634 has arguably given a much clearer picture of Ferrari'spotential this season. The Finn being the first one of the lot to break the 1m
Post a Comment
Read more 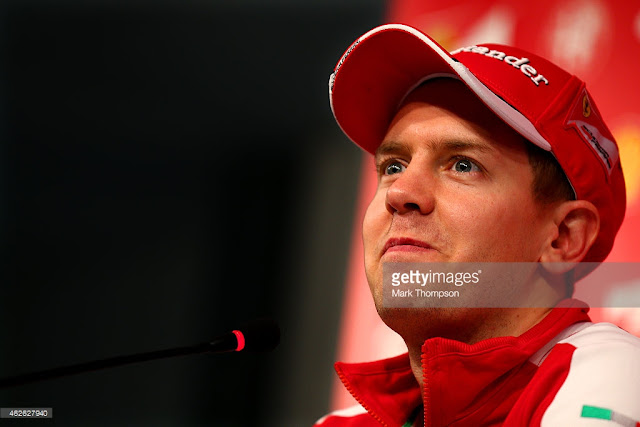 It isn’t the best of times when teams stay mum about their thoughts regarding the new cars. A few fans and publications were certainly not impressed with Ferrari’s media blackout. But their prospects made rounds around the paddock with a new Mercedes member – Niki Lauda, this time praising Ferrari. Sebastian Vettel’s mid-day press address specifically included an debunking of all the whispers around, insisting they still have a lot of work ahead and also commenting on Mercedes’ traditional attempts to remain coy during pre-season tests. There are several questions yet to be answered with regards to pecking order and engine modes, which unfortunately, will be unanswered till we get to the first qualifying session of the official season. Here is the summary of Day 3 of the final pre-season test in Barcelona. Morning   1. The penultimate morning of the pre-season tests at Barcelona kicked off with Ferrari’s Sebastian Vettel setting the fastest time of the pre-season tests on
Post a Comment
Read more 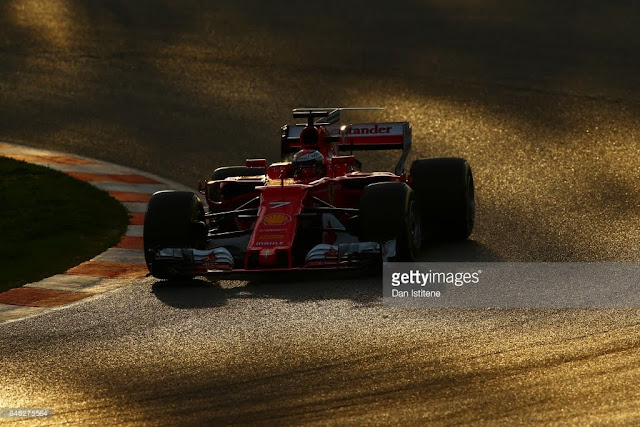 With just under 16 days to go for the Australian Grand Prix, teams and drivers are still in testing period in Barcelona, racking up mileage and data. The biggest statement coming out of testing is Ferrari’s 2017 championship prospects after a failed 2016 campaign. Lewis Hamilton hailed the Italian outfit as  favourites  going into the season. It must have been the best news for the Tifosi, but Ferrari were unfazed by the praise – continuing to stick firm to their media blackout and unaltered programme. Here is the summary of Day 02 in Barcelona. 1. Valtteri Bottas driving for Mercedes set the fastest time of pre-season tests so far with a blistering laptime of 1.19.3 on a set of super soft tires. The laptime proved to be 4 tenths quicker than the previous best lap time he had set last week. 2. Williams’ Felipe Massa finished behind the Mercedes, bringing his 2 testing days’ total laps to a mind boggling 231 laps. Although he was swapped in for his younger teammate Lance Stro
Post a Comment
Read more

After a week of break for all teams, the circus returns back to Barcelona for a second and final testing session before the season opener at Melbourne. This is the time you would ideally see teams out there every minute of the day trying to gain as much data as possible from the track programmes. This also is another opportunity for engineers and fans to try to read in between the lines to establish a more concrete pecking order, but you and I would be slightly insane to think the top teams wouldn’t sandbag this session, leaving everybody in a bit of a quandary. Here is the summary of Day 1 of the second test in Barcelona.  Morning Session 1. Felipe Massa set the pace on the morning of the first session with a hot lap on the super-soft tires which put him within 0.020 of the fastest time set in 2017 so far. The Brazilian also managed to test 67 laps, the second most of the morning session. 2. Daniel Ricciardo who clinched 2nd on the time sheets posted a late time on the
Post a Comment
Read more 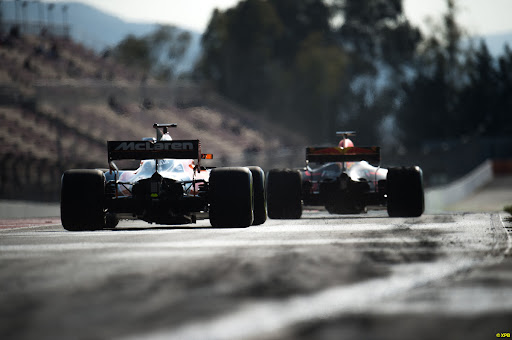 Stoffel Vandoorne and Max Verstappen exiting pitlane/Autosport  While Barcelona decided to start the day on a bright note with seemingly warmer temperatures, F1 scheduled the day for wet weather testing on artificially soaked track to try the wet weather tires manufactured by Pirelli for 2017. The day was planned in such a way that once watered in the morning, the track would gradually dry out by mid day to allow teams to run on both slicks and treaded tires. This will be repeated in the afternoon session to give teams a chance to try different programmes in wet conditions. Previously, the FIA had alotted a special wet weather testing session during the pre-season tests. However, this has been scrapped out this season and replaced with this particular format. While tires still remain a big question mark as we come closer to kicking off the official season, drivers have said that they are better in terms of degradation. Lewis Antonio Giovinazzi testing wet tires/Autosport
Post a Comment
Read more 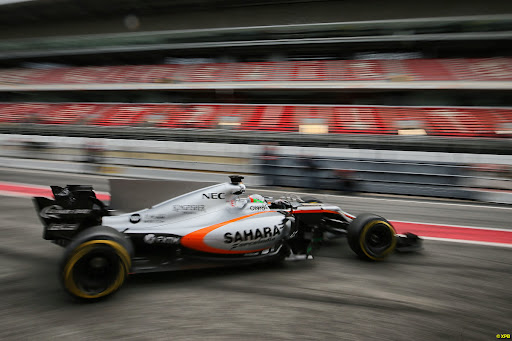 Sahara Force India in action on Day 3/Autosport  Morning Session  1. Valtteri Bottas set the pace on the morning of Day 3 using the Ultra Soft tires. Although the laptime was good enough to keep him at the top of the table, the gains between tires were significantly small.  2. Daniel Ricciardo sorted himself into P2, displacing Sebastian Vettel after a quick lap set on soft tires.  An overhead shot of Vettel in the SF70H/Autosport  3. Jolyon Palmer in the Renault caused the first red flag of the day after a spin coming to Turn 3. Towards the second half of the session, Palmer slotted into P3 with a run on the soft tires, completing a solid 51 laps in the Renault.  4. Williams' rookie driver Lance Stroll managed 55 laps in the FW40 before being swapped in for Felipe Massa to make up for the lost running on Tuesday. The 18 year old Canadian however spun into the gravel after the chequered flag, requiring recovery vehicles to retreive the car.  5. McLar
Post a Comment
Read more
More posts