Showing posts from January, 2013
Show all

In the paddock from out 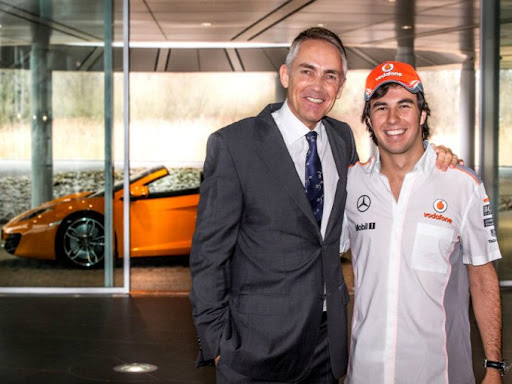 Finally! Winter testing is right around the corner, to be precise, 10 days! Off season is the most boring time for an F1 fan,  motorsport journalists and for the usual F1 media (Sky F1, BBC F1, RTL..), and 2013 off season hasn't been any different. Yes, we did have Cricket and the Australian Open keeping us engaged, though only for a while. What really got us engaged, were the sudden 11th hour changes to the team personnel!

Lewis Hamilton to Mercedes. Sergio Perez to McLaren, Valtteri Bottas to  replace Bruno Senna, and Nico Hulkenberg to Sauber. But wait.. this is what we already know! Whats new?
Many many rumors, and lots insights into the F1 3013 Paddock. Just to make it easier, I'll put them into bullets. Starting from "news" to
" 11th hour changes".  So, whats up F1? Pirelli launched the 2013 tyres on 23rd January - The Italian tyre manufacturer and the tyre provider for F1 2013, Pirelli launched what they call 'revolutionized' range of tyres,…
Post a Comment
Read more

January 18, 2013
The 2013 Formula one season officially kicks off on 15th March at Melbourne, but the pre season testing is something like a month ahead. That's the time where most of the constructors launch their season challengers.
The first testing will be at Jerez and the second at Barcelona. Testing basically helps re-modify the cars for the first race of the season. Of course, not that nothing's tested when the cars are deigned, but Jerez will be the first taste of a track for the new car.
So here are the Launch dates for different constructors.

Happy New Year! and Happy New season of F1. It's off season now, but not for too long! Its just about another 20 days when Catalunya will roar with the sound of sweet V8's, for the last time, before the official season starts. The drivers of most teams are confirmed, the date of release of cars are confirmed, the F1 2013 calendar is confirmed (19 races), and of course, the FIA has set the new rules.


Seasons 2010 and 2011 have been 2 pages of the book 'Tales of Sebastian Vettel and F1'. Every grand prix there was this one blue car in the front, and on the 55th or 60th lap there was this same car which came back trailing behind it, another 23 cars. 1..2..3.. grands prix, fine. Seeing this repeating itself 11 times in 1 season was jejune and flat. And this was probably why F1 lost many of its viewers.
Then came 2012, it was like going back to the 80's where you get to see what real open four wheel car race is all about. With much advanced technology, of course. The anno…
Post a Comment
Read more

January 12, 2013
Rules for the sport, rules for cars, rules for punishment, and rules for what not in F1?
This is a sport where the rules change every season. So if you don't know them properly, you'll have further rules to follow while taking the penalty. (Like Charles Pic's FIA community service in 2012!) So, what does the all mighty FIA have in store for the next season? Change of the animal's name for the noses? or change aero flow again? Too many questions. But only a few answers..
Unlike 2012, where the FIA banned the off throttle blown diffusers, and made it mandatory for all teams to change the looks of an ideal F1 car's nose, which were major changes, for 2013 the FIA made lesser and more minor tweaks. But major of the minor are - Firstly (and according to me the most major change) is lowering the platypus noses of 2012. Its high time the FIA made F1 more comfortable to watch.
Secondly, drivers will be able to use DRS only in specified DRS zones even during practice sessio…
Post a Comment
Read more

January 11, 2013
20, 19, no its 20, its probably 19. After the 2nd US Grand Prix at New Jersey was decided   not to be held in 2013 because organizers "didn't quite know what they were doing", the F1 calendar has been a big question mark. There have been a couple of replacement options such as Austria's RedBull Ring A1 track - but Bernie ruled it out because the area didn't have many hotels around it.Turkey was hinted to be back  in the game, but unfortunately,  talking didn't do the thing and the contract wasn't signed. So that rules out another possibility of a 20 race season.I thought Valencia would be there for rescue, but as for now, there hasn't been any talks. At least not that anybody's heard of!Another issue: Where is the German Grand Prix going to be held? Troubled Nurburgring or Hockenheim? Spokespersons have indicated that it's the Nurburgring in 2013, but until the official FIA confirmation is released, nothing is too certain. Despite all problems…
Post a Comment
Read more

January 01, 2013
I admit this season's been a big surprise for everyone. But nothing is more exciting than the last leg of the season where teams announce their next season driver line up (if they're going to be there, ofcourse.)  And after discussions for long hours the teams announced their 'big decisions'. Finally we've come to a point where we can name which driver is going to be in which team for 2013.. well not ALL the drivers have been confirmed, but who have been are these:
1) Infiniti RedBull Racing - Sebastian Vettel and Mark Webber
2) Scuderia Ferrari - Fernando Alonso and Felipe Massa
3) Vodafone McLaren Mercedes- Jenson Button and Sergio Perez
4) Lotus renault - Kimi Raikkonen and Romain Grosjean
5) Mercedes - Lewis Hamilton and Nico Rosberg
6) Sauber Ferrari - Sergio Perez and Nico Hulkenberg
7) Force India Mercedes - Paul DiResta and (2nd driver to be confirmed)
8) Williams renault - Pastor Maldonado and Valtteri Bottas
9) Scuderia Toro Rosso - Daniel Ricciardo and…
Post a Comment
Read more
More posts