Showing posts from September, 2014
Show all

September 02, 2014
So why the IB?
My ultimate goal is to be in Formula one. And my IB diploma will speak greater when I apply to universities to ultimately be in formula one. Its not just the “study study study” regime, it’s more of the “study, research, know and not learn” regime. As IB say it themselves, it’s a “holistic development” that a student undergoes, being in this programme. It’s a challenge, it’s a grind and it’s a huge jump for me, but Im here to push the limits.
Even though I’m in this new school and its an exciting atmosphere, it feels almost being back to square one where no one knows heads or tails about Formula One (I found that offensive) And so I set out on a “venture” spending countless hours explaining what racing and F1 are. Yes, it was a venture. Because the questions thrown at me were.. interesting and put a roadblock to my thinking.
“Wait.. go karting is F1 right?”
“Aren’t they like fitted with jet engines? Why don't they fly because of speed-breakers?”
“What’s the speed li…
1 comment
Read more

I'm as dysfunctional and irregular as a 2014 Red Bull drivetrain and power systems.. oh and also as rare as the Renault engine not causing troubles 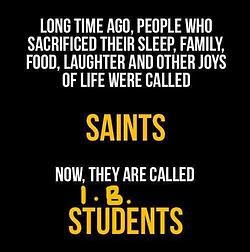 First of all, I apologize from the bottom of my heart for leaving this blog idle. Secondly, I have a darn good reason for it! *drum roll*
I am officially an IB student.
As an IB student, I wouldn’t like to, but have to say, that life is very hard. For those who don’t know what those two random letters put together are, IB stands for the "International Baccalaureate". It’s a system of education (you can call it that) and it is a highly rigorous 2 year diploma programme. And if you want me to rate it on a scale of 10, I’d rate it 11 (No sarcasm, I promise)
So what if I’m an IB student? I could have posted something about the spicy Hamilton-Rosberg controversy or.. about how all of Australia is in smiles because of Ricciardo or how could I forget! or  about how brilliant Valtteri Bottas can get, right? Wrong.
I quote the internet here- “IB students do not have a life”. Don’t believe me? Take a look at this:


Or actually.. just go through all of these-  http://ibmeme…
1 comment
Read more
More posts