Showing posts from July, 2015
Show all

Jules Bianchi: A champion at heart and motorsport's next victim 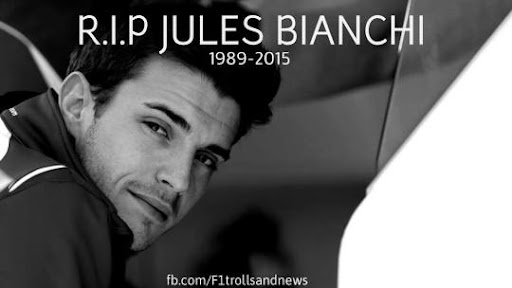 Justice isn't for the ones who race in the cruel and unfathomable world of motorsports. It claims the lives of the ones so young with so much ahead of them and leaves behind nothing but a bitter memory in the minds and an unthinkable but forced phrase 'we move on' on the lips of the people of motorsport.

Today, the next victim of this merciless sport is Jules Bianchi.

Anyone associated with the sport, or seen him drive a race will shed a tear or send up a prayer for Jules. He was a champion at heart with an unbelievable ability which puts some today's front runners to shame. He was young and he had miles to go before he could sleep. The only driver who could bring home points for a back-running Marussia at the most feared circuit on today's calendar: Monaco and the driver whose talents were too much at times to be recognized by his short period.


Once again, this isn't a proof, rather a glimpse of how motorsport continues to be a sport physi…
Post a Comment
Read more
More posts