September 09, 2013
A dream team: a team with perfect synergy in terms of capabilities, a team with each and every member with their highest potential being  harnessed for the best performance. Moreover, it’s a team that can never fail. Talking about Formula 1, it’s all about the coming together of strategy, skill, speed, accuracy and aggression which should create a dream team. A team comprising of the best performing drivers, an unbeatable  technical designer, a strategist team principal , and a test driver for all the crucial work behind the scenes.

The drivers I’ve chosen are absolutely mind-blowing racers who drive fast, flawlessly and make a move stick even if it seems impossible. Lewis Hamilton and Sebastian Vettel are two drivers who not only drive hard, but also drive smart. It’s easy to say that these two drivers in a team can lead to what happened at McLaren in 2007, but it’s also justifiable to say that if these two racers were to drive flat out, and in their own will, they’ll probably wind up the Constructors title possibly with five races to go. 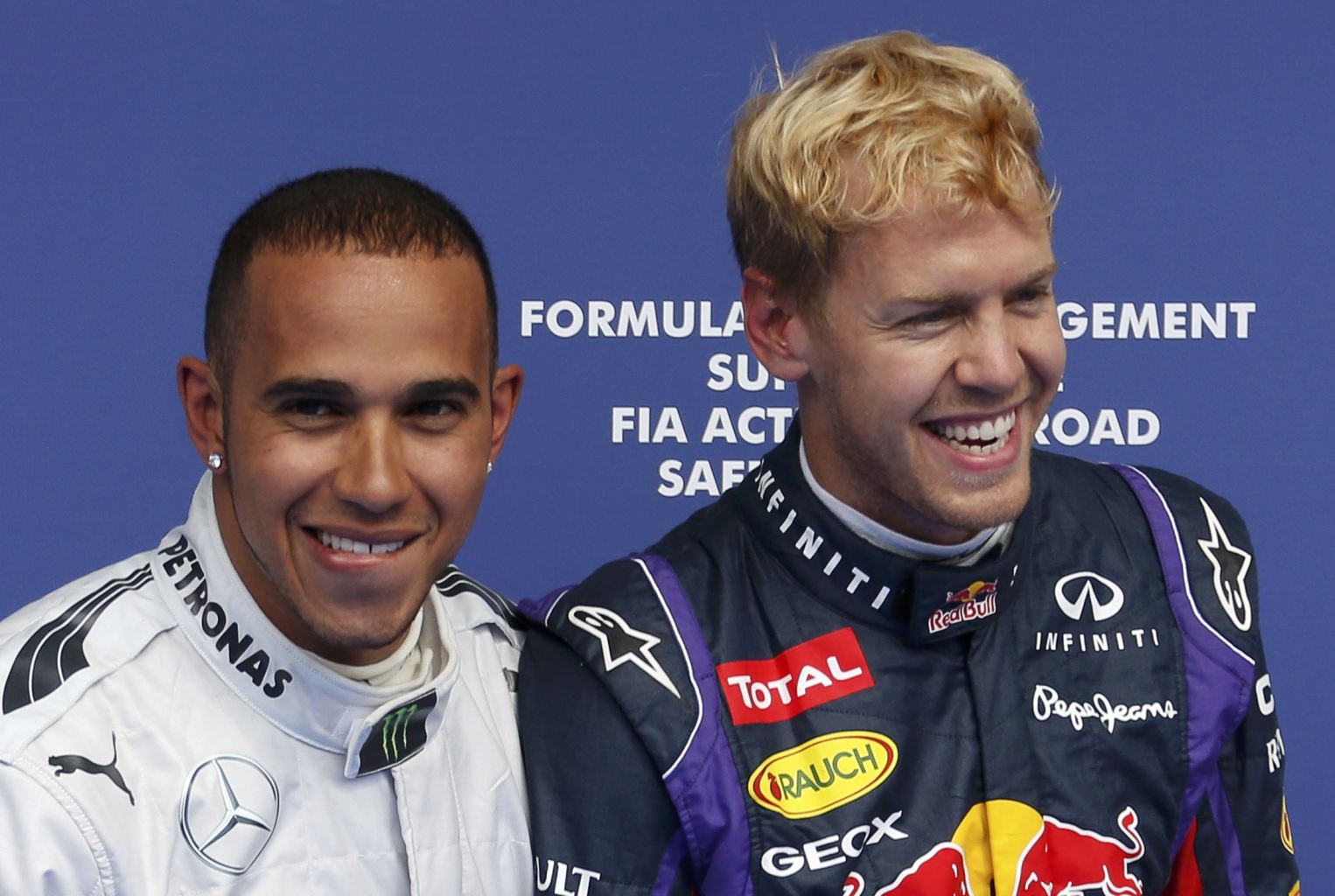 Assessing individually, Hamilton’s style of driving is very aggressive, even when he’s in the front leading a grand prix. We’ve seen that this year in the Hungarian Grand Prix and also races from 2007.  On the other hand, there’s Vettel who’s cool headed when he’s in the front and as aggressive as Hamilton when he has to surge from the lower field, a classic example being Abu Dhabi 2012.

In the recent races, we’ve seen a lot of Hamilton/Vettel battles on track, for pole position as well as in the start. The positives about these fights are that both drivers have great camaraderie on the track – to fight hard, but fight fair. The trend continues not just on track, even off track. They’re often seen in the driver’s parade before the race talking to each other. Trying to speculate the team psychology is very easy. The mechanics, engineers and every member of the team will be working at their peak performance when such drivers give feedback. Vettel is one of the very few drivers who is technically very strong and Hamilton is a driver who can experiment different settings and make the right choice. Both these drivers have killer instincts, calculate every detail for optimum performance and can push their cars to the limit.

The chief technical designer is an important man in the formation of a strong team with world class drivers driving their car. And there’s nobody else better at that than Adrian Newey. He has designed Senna’s car, Prost’s car and also Vettel’s three-time championship winning car. And there’s no doubt that he is the only man in the paddock with ever living brain cells.

A team principal is the head of the team. Malaysia 2013 demonstrated how important a team principal is in handling a driver’s behavior and to take charge of both the drivers equally. I’d bring back old Ron Dennis because he’s one member who takes charge, but at the same time allows his drivers to race within the red mist line, which often engulfs drivers driving at 300kph. He is an outspoken character in the F1 paddock, and very famously known for his style of speech called “Ronspeak”.

He is known for his ability to handle situations, such as the pairing of Hamilton and Alonso in 2007 or even the 1989 season when the cold war between Ayrton and Alain escalated to new heights. Dennis maintained a calm face to the media and handled the rivalry well. He rarely displayed his anger in public, and he made smart decisions. Ron Dennis treats every driver equal in a team and might’ve fared well in handling his brought-up driver Hamilton and Vettel.

Coming to the most important aspect of a car, the engine. If it has to be a V6 engine season, then it’s none other than a Mercedes. It has always been the faster and the more reliable engine. And considering Mercedes engines have sprung better results than all others, it’s not a tough choice.

And lastly, for the test drivers, though many upcoming talents like Mitch Evans, Robin Frigins or Felipe Nasr might be the choice for teams, I will stick to old school and rely on Sebastien Buemi. He not only has the technical skill and knowledge, he is also a smart decision maker. He was the brains behind the sudden turnover for Red Bull between practice and qualifying in terms of pace, at Monaco this year. Reports say that Buemi, an ex-Toro Rosso driver, drove over 100 laps in the simulator at Milton Keynes to find the loss of pace in the RB9.

Just a few days back, Luca Di Montezemolo officially confirmed the signing of Kimi Raikkonen to Ferrari in 2014. So, next year, not only will the Mercedes be a strong team with the V6s and 2 of the best drivers, Ferrari might just be the best team with the cold headed Iceman and the hot headed Spaniard, Alonso. As we’ve seen in the previous years, conditions apply when two world champions with totally different mentalities come together in a team! As I like to call it, hopefully Kimi doesn’t do the ‘Hamilton’, for it will be a tough fire to tame if it happens.

My dream team symbolizes perfection is every corner. Though it’s highly unrealistic, if it all works together, it’ll be the perfect team in Formula One.

(And just as an extra, Bernie will still remain the F1 boss, and the tyre constructor will be Bridgestone).

This is the only perfect team I’ll find around me, what’s yours?

After a week of break for all teams, the circus returns back to Barcelona for a second and final testing session before the season opener at Melbourne. This is the time you would ideally see teams out there every minute of the day trying to gain as much data as possible from the track programmes. This also is another opportunity for engineers and fans to try to read in between the lines to establish a more concrete pecking order, but you and I would be slightly insane to think the top teams wouldn’t sandbag this session, leaving everybody in a bit of a quandary. Here is the summary of Day 1 of the second test in Barcelona.  Morning Session
1. Felipe Massa set the pace on the morning of the first session with a hot lap on the super-soft tires which put him within 0.020 of the fastest time set in 2017 so far. The Brazilian also managed to test 67 laps, the second most of the morning session. 2. Daniel Ricciardo who clinched 2nd on the time sheets posted a late time on the Ultra-Soft tir…
Read more